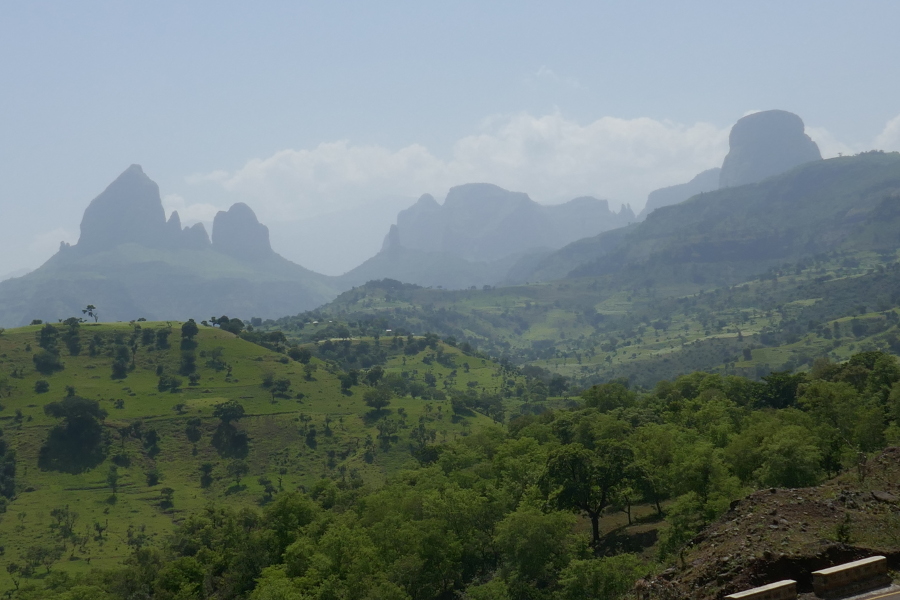 Today, drive to Aksum, the ancient royal city in northern Tigray. Immediately behind Debakr the asphalt surface is over and 38 kilometers of unpaved road begin. It winds down the northern edge of the Simien mountains. Each bend reveals the view of a fantastic landscape, which is insufficiently reproduced by the photos. 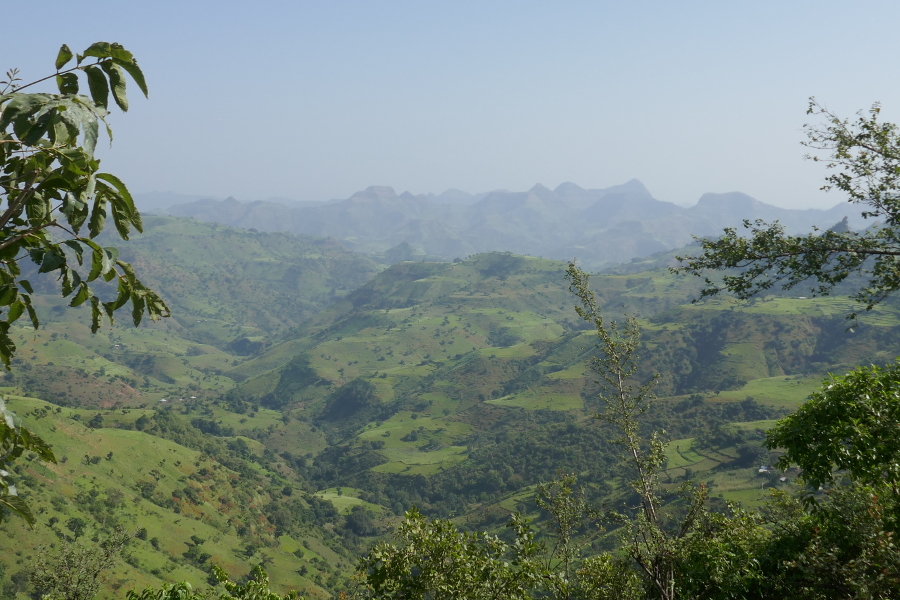 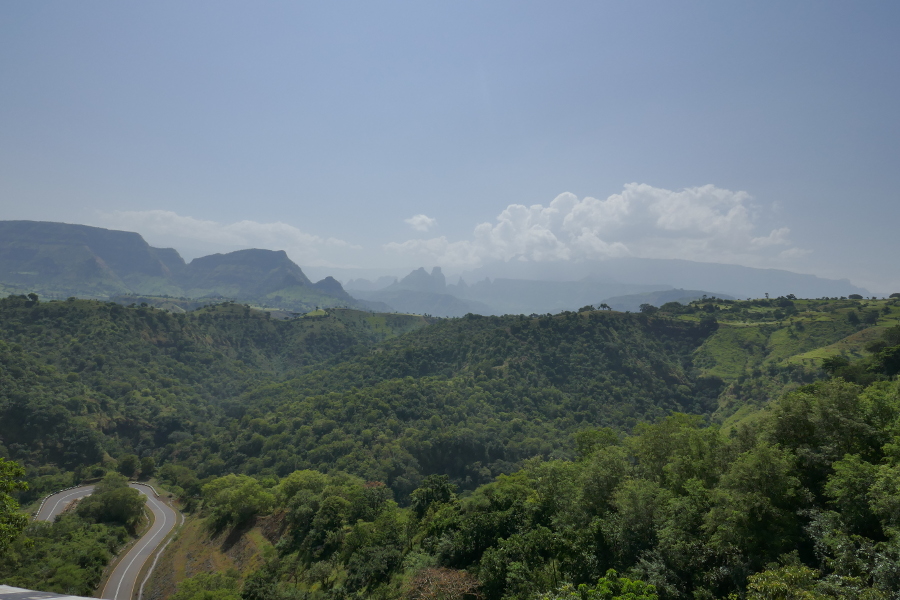 Then suddenly the paved road starts again. But for more than a hundred kilometers, it goes uphill and downhill. A serpentine stretch after the other. Finally, the Tekeze is reached, formerly the border river between Amhara and Tigray. 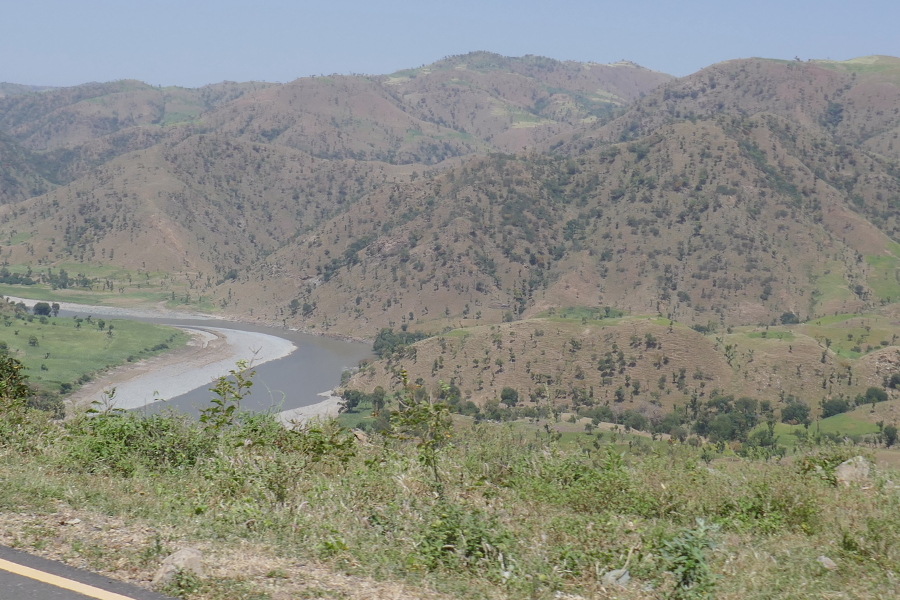 In the rather faceless city of Shire, we have lunch. It takes a long time to get vegetarian Injera.

The last 60 kilometers to Aksum are not that exciting anymore – but the fields where red and white Teff are grown next to each other also give a nice picture. 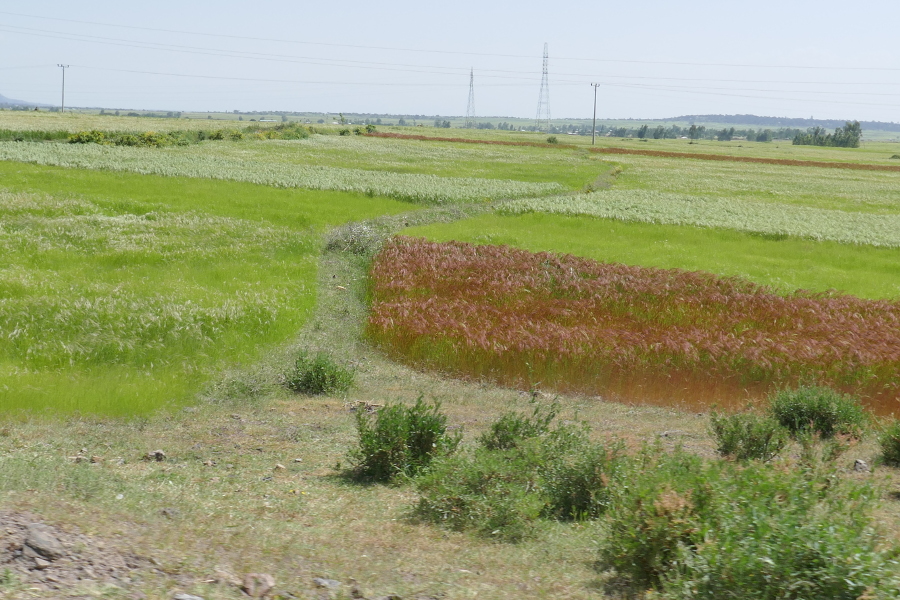 PS: We were worried about not being able to continue the blog. Because access to the server at Strato was denied. This is – as Strato – the control mechanisms of the Ethiopian censorship. They delay parts of the packets that are sent to Strato for login. And the server then blocks access for security reasons. A consultation with Wendelins daughters and sons-in-law as well as the very fast and profound answer of the Strato support brought the solution – access via VPN over the service Tunnelbear. Thanks to all!