Yesterday we were still organizing: For today we have agreed a half-day tour with Mehari. The guide has given us the gentleman at the reception. Then we went to Haile with the Bajaj, a recommendation from Andrea from Debakr. He wants to organize the transport to Adigrat. Either he finds a government car whose driver wants to earn a few birrs – or else – as he says – a private minibus. 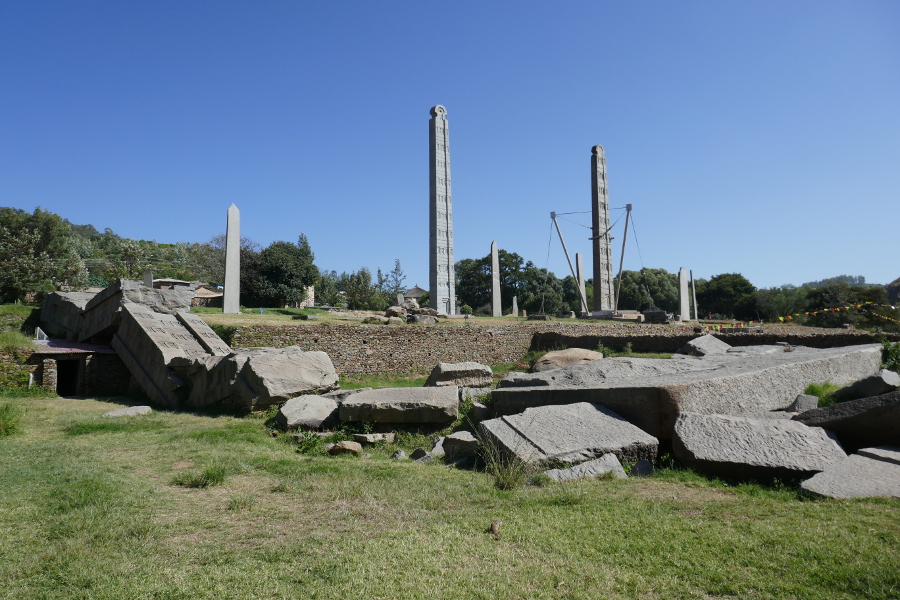 This morning, Mehari was on time with his friend, the Bajaj driver, and we headed west on the main street from Aksum to a fairly new and lavishly designed complex. It is the office and ticket office for the attractions in Aksum, after all, World Heritage for a long time. The chic building was certainly part of development aid.
Then we first visit the stelae field. The approximately 30 meters high columns are monoliths, that is, they have been struck out of one piece. Still raw, that means without the numerous engravings of the surfaces, the granite columns weighing up to 300 tons were brought here from the quarry about 5 km away to the stelae field. How the Axumites managed this in the 3rd and 4th centuries AD. is not really clear yet. Probably just with a large number of people, muscle power and supposedly elephants. 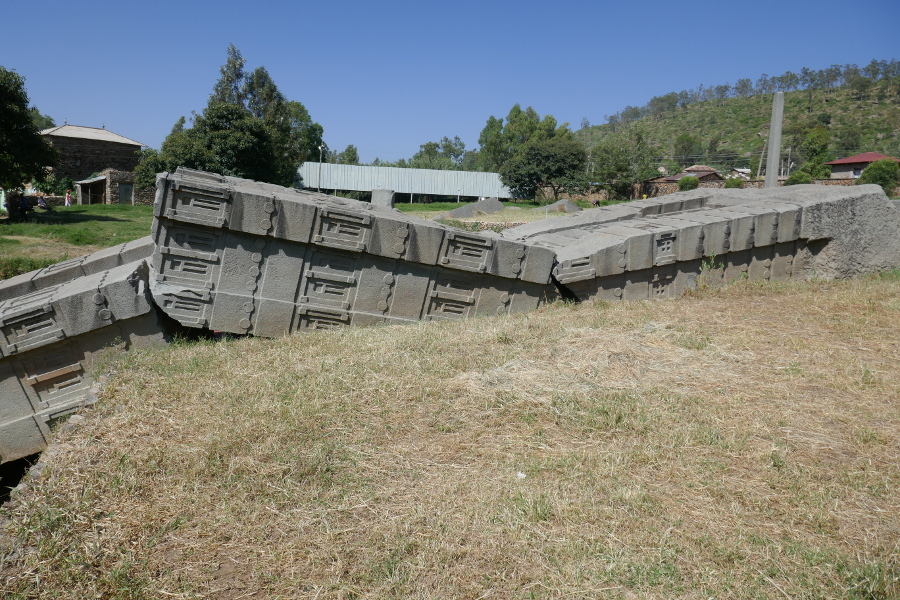 The largest of the stelae is broken in several parts across the square. It is believed that it already fell over and broke apart while trying to set it up. The foundation was probably too weak and the huge tower – weighing about 500 tons – tilted. You do not want to be there in that very moment.

The stelaes were oversized tombstones for the kings of Aksum. Soon after the conversion of the Axumites to orthodox Christianity, they halted the manufacture of the steel. There are still two left over that just have not been finished.

Under the broken giant lies the grave of one of the Axumite kings. It has a total of six burial chambers. Characteristic of the Axumite tombs are the massive stone ceilings and lintels. They must have been masters of granite workmanship. 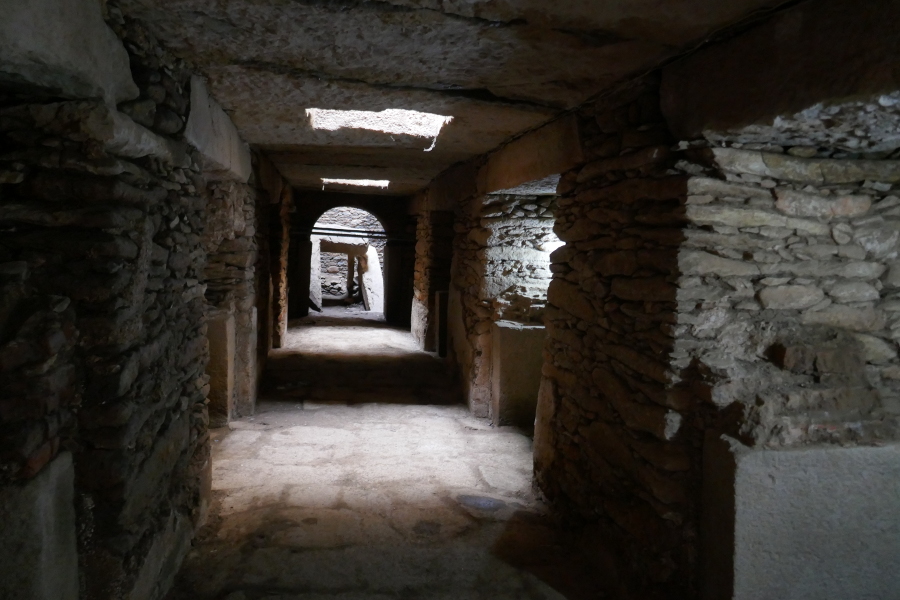 Continue to the remains of the palace of Queen Sheba. You do not really see much of it. Sheba is a legendary royal figure who traveled to Jerusalem from King Aqsum some 3,000 years ago. There she wanted to get to know the wisdom of the king. She probably got to know more, as she was pregnant on departure. Back in Aksum, she gave birth to the first legendary King of Aksum, Menelik I. Thus, the Ethiopian kings led their line back to King Solomon, until in 1974 Haile Selassie was overthrown as the last ruler. 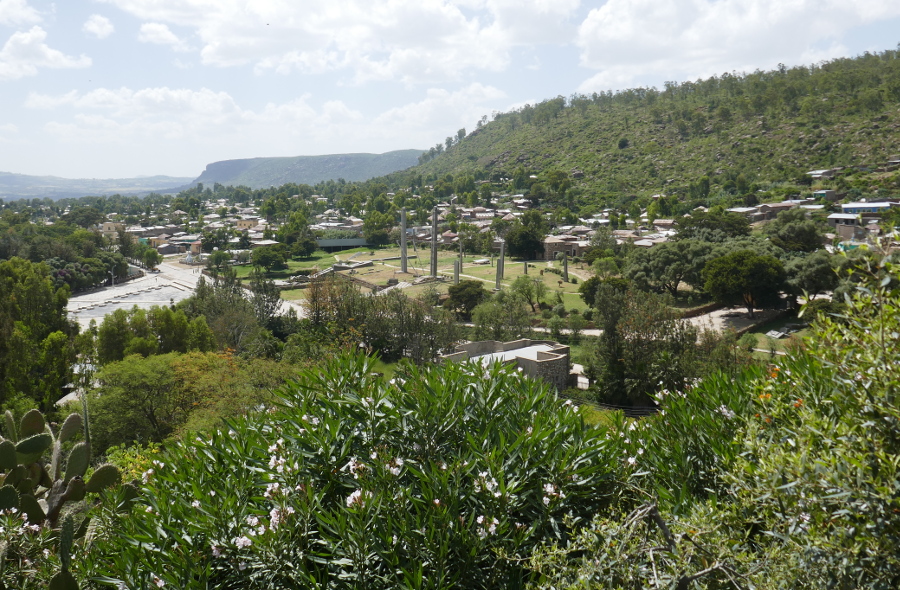 In any case, Aksum, with its numerous archaeological sites (there is another grave to visit, as well as the country’s first Orthodox Church and the Bath of the Queen of Sheba …) is a testimony to the country’s long history. Ethiopia is in fact at the crossroads of different cultures and was the scene of bitter fighting between Christians and Muslims. There is no colonial history in Ethiopia, the occupation by fascist Italy remained an episode of 5 years.

In the evening we visit a place with singing and dancing and eat Injera. The sound system in the restaurant would be shut down in Germany immediately, it produces easily 100 dBa and one communicates with the waiters via hand signals. After rubbing your thumb and forefinger, you get the bill anywhere in the world.

Tomorrow will be tough: The organized minibus will be „sharp“ 6 o clock in front of the hotel, we have to get out at 5 o’clock.